Supercar replicas aren’t exactly news, yet it’s always interesting to bump up on one and see how well (or, more often than not, badly) it’s executed. Cue in this Lamborghini Aventador replica created by a small Indian company named Dream Customs India that’s based on a Honda Civic.

The car took 25 days of work to complete, with mid-engined proportions and a full aerodynamic bodykit trying hard to mimic the lines of the Aventador SVJ. 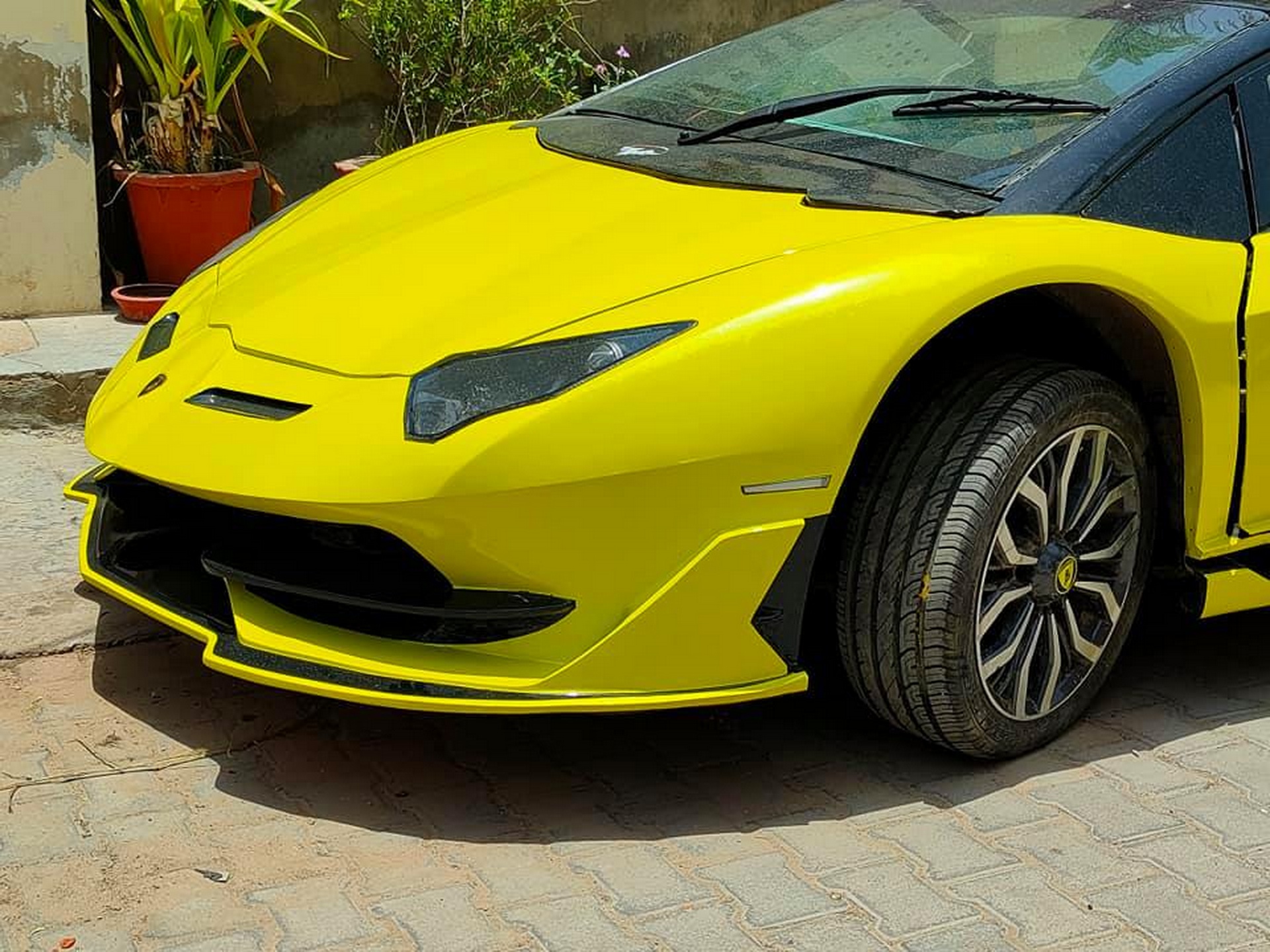 The profile is well executed even though the wheel / tire combination is not ideal and could use some spacers. Other cool features include the dual inlets on the aggressive nose and the high-positioned (fake) exhaust pipes at the back. Having said that, the rear wing doesn’t look like the SVJ, and the extra LEDs lighting up at night are a bit tacky.

Unlike other replicas, this one also has a custom interior featuring a touchscreen on the inclined center console, a Lamborghini-branded steering wheel and a completely redesigned dashboard inspired by the Sant’Agata supercar. The only part of revealing the car’s true identity is the instrument cluster.

Under the custom bodywork lies the chassis and drivetrain of a humble eight-generation Honda Civic (2005-2012). This means it probably has a naturally aspirated front-mounted 1.8-liter unit mated to a CVT gearbox that sends the power to the front wheels. Honda’s VTEC can’t compare with the screaming mid-mounted 6.5-liter V12 of the SVJ producing 759 hp (566 kW / 770 PS), but no one would race a replica like this on the Nurburgring anyway.

This is not the first time Dream Customs India builds an Aventador replica; a couple of months ago they finished an orange example based on a Honda Accord and a yellow one based on another Civic. Judging from their videos, they are getting better with each model so maybe we should expect more of them in the future.