Costing more than a pair of McLaren 720S coupes, the Volvo P1800 Cyan is the brainchild of the former Polestar team and will make its North American debut at The Quail, a Motorsports Gathering on August 9th.

Best known for winning five Touring Car World Championship titles and creating the S60 / V60 Polestar, the company turned their attention to the classic P1800. Since the car was lovely to look at but not quite as remarkable to drive, engineers decided to fix things with an assortment of modifications.

Also Read: The Volvo P1800 Cyan Is A Singer-Style Restomod With 413 HP 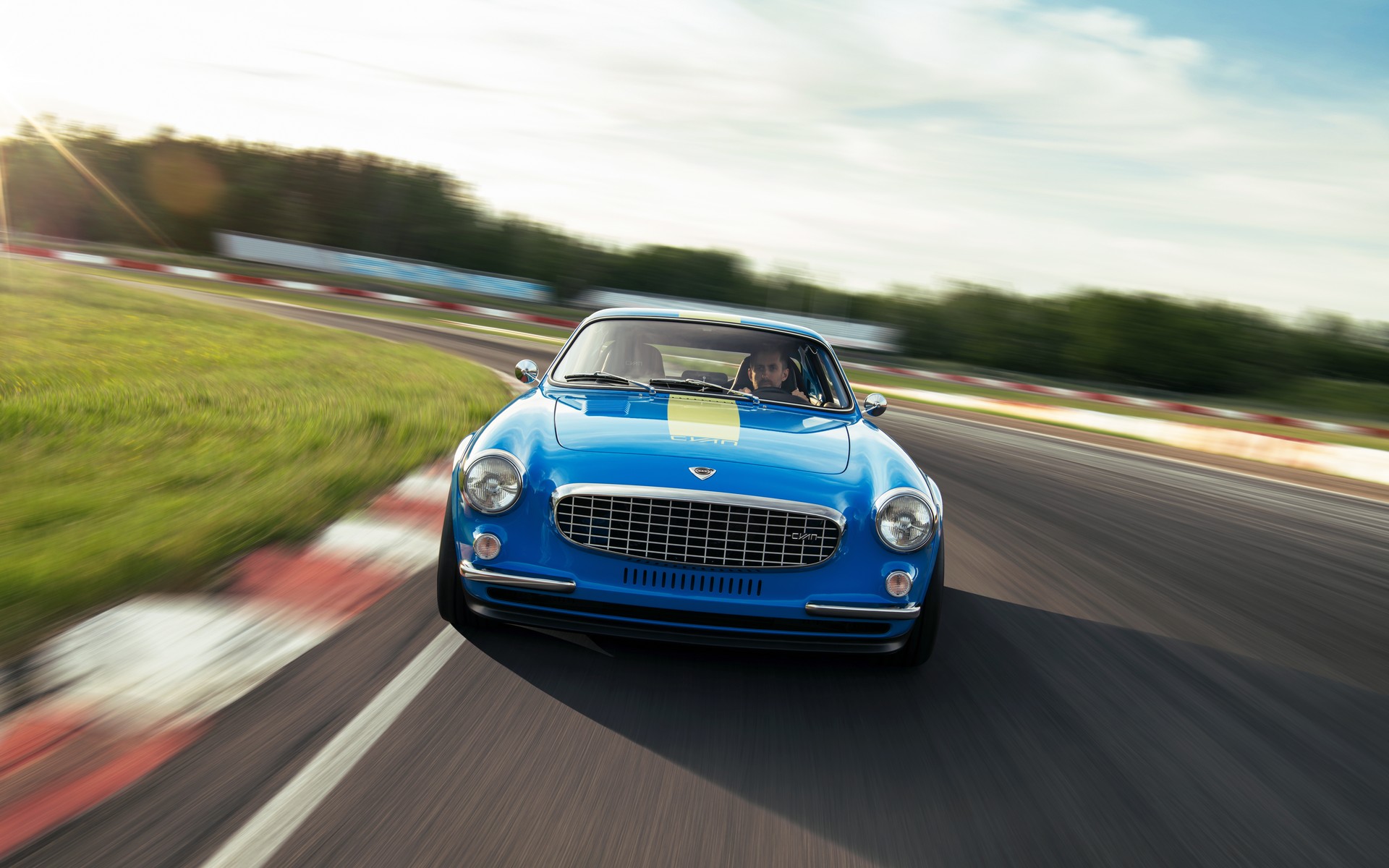 Starting under the hood, there’s a turbocharged 2.0-liter four-cylinder engine based on the race proven powertrain that took the Volvo S60 TC1 race car to a title win. It screams at 7,700 rpm while turning out 413 hp (309 kW / 420 PS) and 336 lb-ft (455 Nm) of torque. The engine is connected to a bespoke five-speed manual transmission with a dog-leg first gear, which has been designed to “echo the mechanical feeling of the original Volvo P1800, but with a crisp gear change and the ability to handle the torque”. of a modern powertrain.

While the company considered an assortment of different engines, they ruled out an electric Volvo P1800. As Cyan Racing CEO Christian Dahl explained, “We desired something more visceral, capturing the spirit of the ’60s with today’s technology.”

The new engine is just the tip of the iceberg as the model has been equipped with a carbon fiber body, a reinforced structure, and a wider track. The team also installed a fully adjustable front and rear suspension, which features a number of bespoke components including aluminum uprights, double wishbones, and two-way adjustable dampers with Cyan valving. 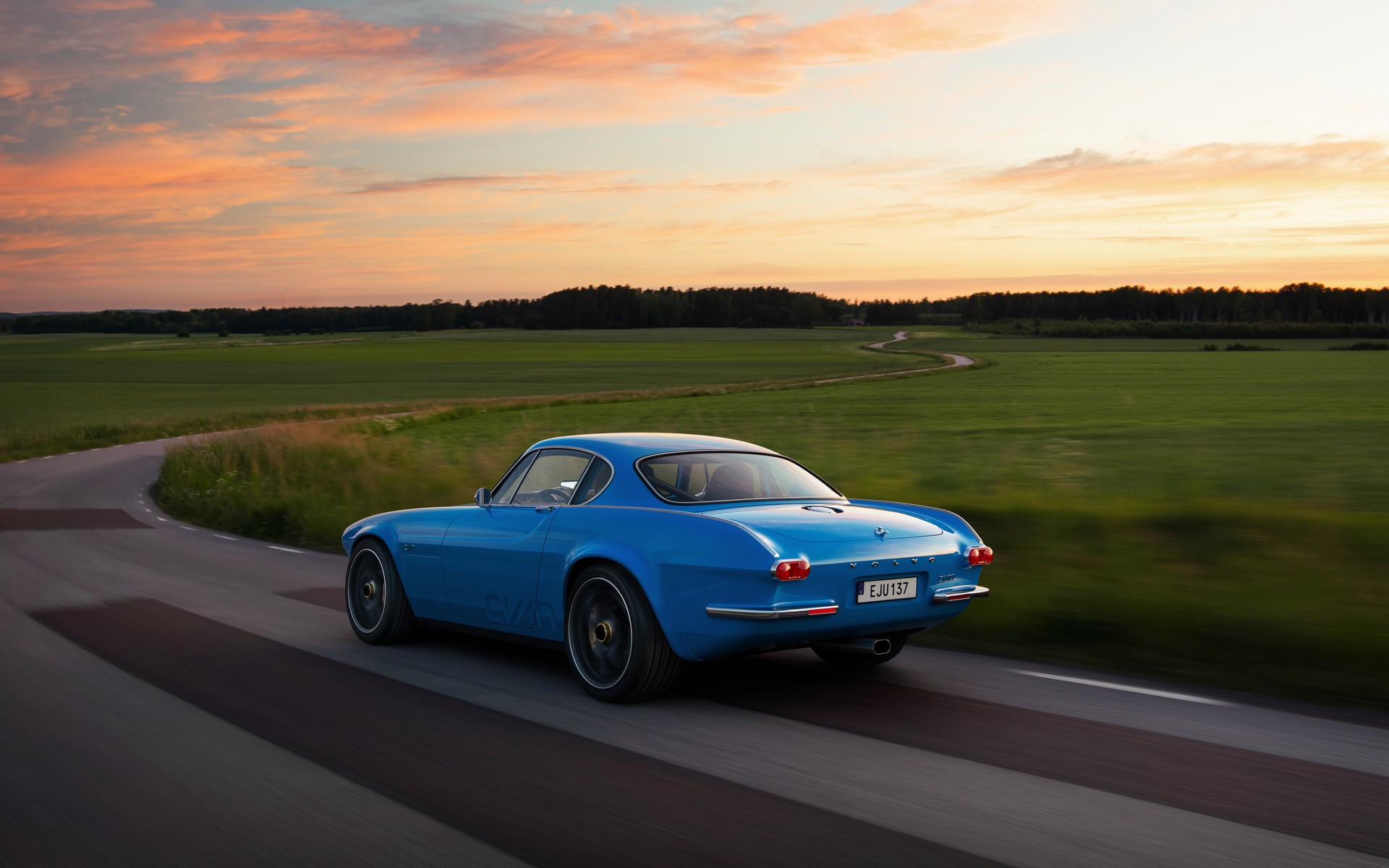 They’re joined by a limited-slip differential and 18-inch center locking wheels wrapped in Pirelli P Zero tires. The latter are backed up by four-piston calipers and steel discs that measure 14.2 inches (362 mm) at the front and 13 inches (330 mm) at the rear. However, there’s no stability control, anti-lock brakes or brake booster as the car is “all about the direct connection between the driver, tires and road.”

While the model is instantly recognizable as a P1800, the cabin has been moved rearward and this, according to the company, results in a “slightly longer hood and front fenders, creating a subtly more sporting silhouette.” The model has also been equipped with unique bumpers as well as billet aluminum door handles, mirrors, and lighting unit surrounds. In fact, Cyan says the only things that carryover are the steel from the original chassis, the hood release mechanism, handbrake and windshield wipers.

The retro vibe is unmistakable, but the cabin is a bit more modern as it sports Recaro seats and digital instrumentation. They’re joined by bespoke switchgear, which is fitting for such a unique model.

Speaking of which, each car is built to a customer’s specifications and can be tailored into anything from a lightweight, high-performance cafe racer to a grand tourer. As a result, your options are largely limited by your wallet and imagination.

The Chinese cars you didn’t know were Chinese! – Car News